Combating Sexual and Gender-Based Violence in Refugee Crises: Lessons from Working with Syrian Refugees in the Kurdistan Region of Iraq

Contributed by a member of the RISE Community • November 12th, 2019 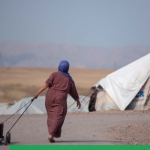 Refugee women and girls are among the populations at highest risk of gender-based violence around the world. Gender-based violence (GBV) is often a prominent feature of armed conflict and a leading factor driving women and girls to flee their countries of origin, bringing with them the trauma associated with being directly subjected or exposed to such violence. The journey of displacement itself is often also rife with the risk of violence, as women and girls are forced to travel unaccompanied and depend on smugglers or other actors who may exploit them. Finally, GBV is often a daily reality in camps and other settings where women and girls find refuge in host countries. Precarious housing arrangements, insecurity, economic vulnerability, and breakdown of family structures all contribute to the proliferation of partner and non-partner violence as well as the resort to negative coping strategies, such as early marriage and transactional sex.